Close encounters with warfare, celebrities and two Royal Weddings and a Funeral

There can’t be many of us who are unfamiliar with the thought-provoking and frequently entertaining musings of Peter Rhodes and so it is with great pleasure that we welcome him to Codsall this evening. Peter will talk about recent wars and then lighten the evening with anecdotes of famous people he has interviewed.

Born in Yorkshire and raised in Warwickshire, Peter Rhodes joined his local newspaper, the Leamington Spa Courier, more than 50 years ago. Completing his apprenticeship, he went on to work on the Yorkshire Evening Press, Coventry Evening Telegraph and the Birmingham Post & Mail before joining the Express & Star as a feature writer in 1985.

His UK reportage has included hundreds of celebrity interviews, two royal weddings and Princess Diana’s funeral, while overseas assignments took him to 40 countries covering the first Palestinian Intifada, the first Gulf War, the Siege of Sarajevo, the post-war Falklands, Hong Kong, Vietnam and the North Pole.

Peter has a string of awards including Press Gazette Regional Feature Writer of the Year and was twice highly commended at the British Press Awards.

The audience will be invited to ask questions.

Peter Rhodes will be signing copies of his latest book Bloody Adjectives: Ripping Yarns from Sleepy Hollow
‘This is a lovely memoir of some of the great events of the last 50 years. Rhodes’s voice is warm and sympathetic, dryly funny and full of sharp insights into the world of journalism, when print journalism really mattered.’ Mail Online, Jan 2022

“The qualities of a journalist? Rat-like cunning, a plausible manner and a little literary ability” – Nicholas Tomalin

Tickets were available online and by postal application.

School car park available.  Overflow car park at end of main car park, past metal gates with sign ‘closed at 9 PM’.  These gates will not close on show nights till audience has departed.

How to buy tickets 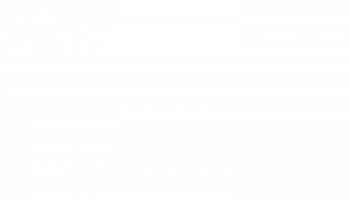 Contact
Connect with us
Quick Navigation
About Us
© 2018 Copyright All Rights Reserved | Codsall Community Arts Festival Association is a registered charity 1127064.
Contact Us